Wairoa District, northern Hawke's Bay is an area rich in culture, heritage and sites of interest, displayed to great effect against a backdrop of natural beauty that rivals any in New Zealand. A large number of superbly carved marae dot the landscape, sending out a message to visitors that a living culture resides here in the district that is proving itself as the ultimate tourist and lifestyle destination.

Wairoa was originally a Māori settlement. The ancestral canoe Tākitimu travelled up the river and landed near where the Tākitimu meeting house now sits. The river was an important source of food for the community that grew on its banks.

William Rhodes established a trading station there in 1839, and missionary William Williams first visited in 1841. A permanent mission station was established in 1844. Early European squatters ran sheep and traded flax.

The town site (then called Clyde) was purchased by the government in 1864 and sections were sold to settlers in 1866. Members of the Māori Pai Mārire (Hauhau) faith arrived in the district around the same time and Wairoa became a colonial military base. Battles were fought around upper Wairoa and Lake Waikaremoana. Māori land in the district and around the lake was later confiscated by the government despite many Wairoa Māori having fought for the Crown.

Development of the town was hindered by lack of roads and difficulty navigating the entrance to the Wairoa River. The land was converted into pastoral farms and later exotic pine forestry, and dairy factories and freezing works were opened. However, Wairoa continued to be constrained by its isolation and reliance on rural industries vulnerable to economic downturns.

To find out more about the demographics of the Wairoa District please follow the link below.

Wairoa is only 1.5 hours drive from both Napier and Gisborne airports. Due to the vastness and geographic nature of the Wairoa district, to really explore and make the most of the experience, a vehicle is required, making us a perfect destination for the free independent traveller.

The population of Wairoa township is 4527 and 8367 in the wider district (as of the 2018 Census population of Wairoa District); 66.9% of our population is of Māori descent. Agriculture, forestry and horticulture are our main industries, along with support businesses and services. We have 37 marae within the district, providing an opportunity for visitors to have genuine, authentic Māori culture experience.

Lake Waikaremoana (Te Urewera, formerly a national park) is internationally renowned for its breath-taking beauty, as well as its stormy history. It is also home to one of New Zealand’s nine Great Walks, the Lake Waikaremoana track. Boasting stunning native bush, glassy lakes and many waterfalls, Lake Waikaremoana is a must-do for every traveller visiting our district.

Māhia Peninsula is encircled by the Pacific Ocean and provides wonderful safe beaches, great surf breaks, rock fishing and diving, walks, golf and many other outdoor activities. Rocket Lab now calls Māhia home, with the development of their rocket launch pad at the southern end of the Māhia Peninsula.

Mōrere Hot Pools provide hot and cool pools among a network of walking tracks through a stunning nikau palm forest, ranging from an easy 10-minute stroll to two to three hour hikes.

Trout fishing in the Ruakituri and Hangaroa Rivers is a world-class experience.

There is something for everyone in the Wairoa district.

For more information about places to explore in the Wairoa District click on the link below to visit our tourism website. 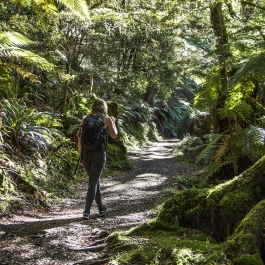 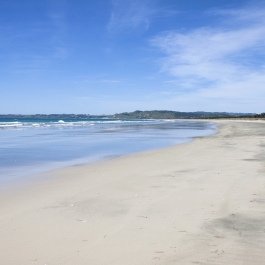 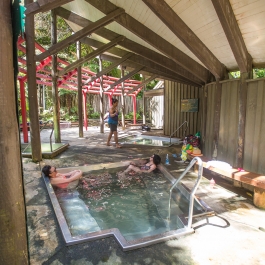 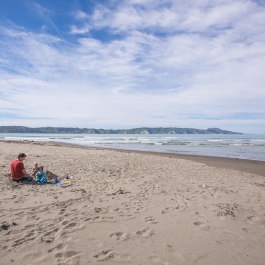 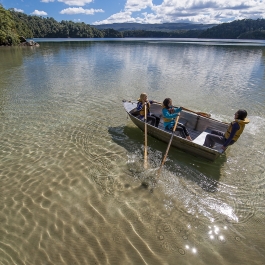