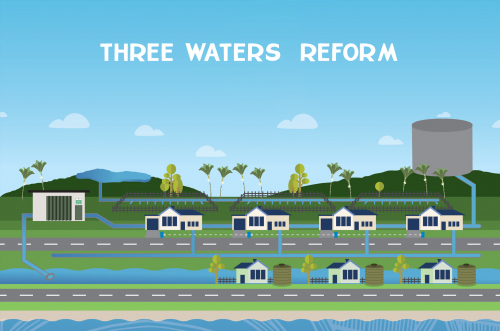 At an extraordinary Council meeting on Tuesday the submission to the Government's Three Waters Reform proposal was adopted unanimously.

Mayor Craig Little said Wairoa District Council has concerns with the government’s proposal and based on current information we would have no option but to provisionally ‘opt out’, until more accurate, reliable and contextually appropriate information is made available to ensure elected members and the Wairoa community, including tangata whenua, has confidence in the claimed benefits as proposed in the Government’s reforms.

Key areas of concern were the assumptions that underpin the model used in the case for change where Council believes its specific data has been overstated; lack of meaningful engagement with community, including local iwi and tangata whenua, the dilution and absence of local voice in representation and governance; and uncertainty in the arrangements for funding/transfer of assets, ownership and responsibilities.

Mr Little believes that given the complexity and amount of information provided, that the eight-week period, which was disrupted by the Delta COVID lockdown, did not allow for deep meaningful engagement with affected communities, particularly ratepayers, who are the rightful owners of three waters assets managed by Councils.

“Council funded community meetings to gauge initial thoughts and views from our community and this engagement was followed up with an online survey.

“Our strong view is the Government has failed to ensure local communities have been, and continue to be, informed about their Three Waters Reform proposal. The Wairoa District Council, like other Councils around the country, have absorbed the costs of ensuring its affected communities are aware of the reforms proposal because we believe it is imperative our communities, including tangata whenua, are informed appropriately about the potential impacts of this Government’s Three Waters proposal.

Mr Little said Council agreed there is a case for change in the way in which water services are delivered, and that the benefits of the Hawke’s Bay model will better serve the communities of Wairoa.

Council’s submission will now be finalised ahead of being sent to the Department of Internal Affairs.