Thumbs up for parks, reserves and dog control 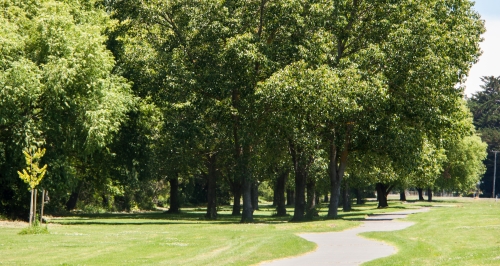 Local people are more satisfied with Council’s maintenance of parks and reserves and dog control than in the past.

The survey summarises the opinions and attitudes of residents and ratepayers to the services and facilities provided for them by Council.

In total 89% of residents are satisfied with the standard of maintenance of parks and reserves, up from 80% last year.

Satisfaction with dog control was also up from 65% last year to 73% this year.

Quality of drinking water supply increased with a satisfaction level of 59% compared to 57% last year.

Satisfaction with control of livestock was 83%, a drop of 1% from last year.

The maintenance and service Council provides for cemeteries had a 71 % satisfaction level, down 4% from 2019.

Current refuse disposal/landfill management standards showed dissatisfaction from 32% of those interviewed, 4% more than 2019.

Satisfaction with the functioning of the existing stormwater system rose by 1% to 47 %.

Two percent of people were dissatisfied with the airport compared to six percent last year.

Fifteen percent of those interviewed were happy with community halls and facilities and four percent not satisfied.

Wairoa Mayor Craig Little said the survey is one of many processes Council uses to measure its effectiveness.

“Understanding residents’ opinions and needs allows Council to be more responsive towards its community.

“This year, 201 residents were interviewed by telephone and face to face interviews were conducted to engage feedback from younger people.

“This information will be further analysed as part of Council’s constant appraisal of service delivery.”