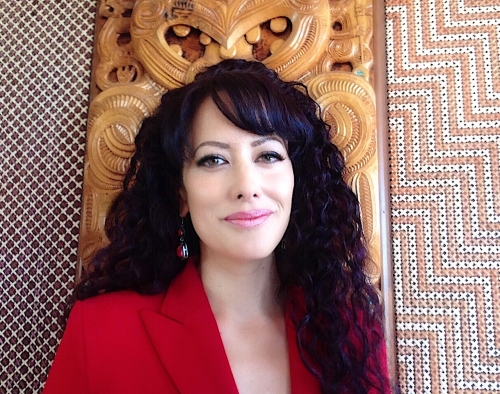 Being appointed as Council’s Group Manager for Information and Customer Experience was the ultimate home coming for Dr. Kimberley Tuapawa.

The distinguished academic took up the senior leadership position in September and is thriving on the opportunity to support the people of her hometown.

“It’s an honour to be back at Council working alongside a great team to serve the people and community that I love.”

Although returning to local government, Dr. Tuapawa’s experience has mostly been based in the world of academia and higher education.

Securing the Council position meant moving home after a stint in the South Island at the Nelson Marlborough Institute of Technology where she had been appointed as the Deputy Head of Department for the Schools of Digital Technology, and Arts and Media.

Two days on the job and her manager told her he’d resigned leaving Dr Tuapawa to take over as  Head of Department leading a team of 60 staff in the Schools of Digital Technology, and Arts and Media.

She managed the delivery of the full range of academic programmes, from certificate to post-graduate levels, across the areas of IT, Arts, Media, Music, Interior Design, Retail and Business, and across all three Nelson, Blenheim and Auckland International campuses.

Dr Tuapawa said leaving the Nelson role was difficult but the call to come home was stronger.”

She was described as going above and beyond in every facet of her doctorate from a 140,000-word thesis to publishing 13 papers internationally.

Dr Tuapawa presented work at international conferences and delivered to audiences of academics from around the globe. She has also been published in various books, two of which were released this year.

Topping off an impressive list of qualifications, including a Masters with high distinction in Digital Media, Bachelor’s Degree and three diplomas the gold medal of academia brought the crowning finish to a remarkable journey of research.

In recognition of her achievements she was awarded the Australian Institute of Building Chapter President’s Award for outstanding research.

“Mum and Dad have always set a great example. They’ve taught us to care for people, for our community, to be kind and to work hard.”

“My heart belongs in Wairoa, for me Wairoa is home.

“It’s a stunning town, with a community second to none.”

She says that there’s a lot of work to be done, and she’s ready to roll up her sleeves and deliver the best she can for those in her hometown.

“It’s an honour to be back here, and I promise to work tirelessly for the people and community that I love.”

Wairoa District Council chief executive Steven May said as Chair of the selection panel he was thrilled on behalf of the Council and the community to have Kimberley appointed to the role.

“She is a visible leader and will inspire many people to be the best they can be.”