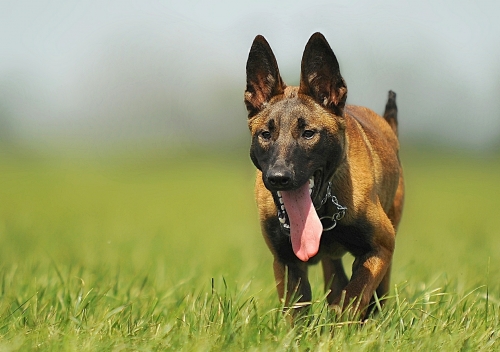 Three separate dog attacks on sheep is three-too-many for Council, which is why the animal control team is warning locals to keep control of their dogs at all times.

If someone else lets your dog out its actions are still your responsibility.

The reminder comes after three separate dog attacks on sheep were reported recently.

The sheep were killed and the dogs were subsequently destroyed as a result of the attacks.

Compensation requirements and infringements were also issued in all three cases.

Council's Enforcement Team Leader Paul van Dorrestein is reminding dog owners to be extra vigilant and ensure their dogs cannot freely roam or end up involved in attacks like this.

“All could have been avoided by simply having the dogs controlled and confined, as is required in the Dog Control Act, 1996,” Mr van Dorrestein said.

“It’s a unpleasant job having to destroy dogs, and dealing with owners loosing livestock is hard.”

With lambing season also in full swing, Council is asking dog owners to be on full watch.

“When driving around the township we are noticing more and more people with their dogs on a lead, Animal Control would like to thank all those compliant people.”

It is also important to control livestock.

Mr van Dorrestein says there has been a significant increase in the number of stock escaping from paddocks within the urban area recently.

Within the past month, Council staff have attended more than 12 incidents of cattle and horses being at large on roads within the township.

Mr van Dorrestein said all owners of these animals were spoken to and on several occasions he and his team had to impound the animals.

“It is of great concern that animals are getting out with a lack of adequate fencing being the main cause.

“Suitable fencing, is a requirement when keeping livestock even in town (Fencing Act 1978). It is all about being more vigilant, repairing damaged fences and all round maintenance.”

Mr van Dorrestein says if you can’t afford to keep your animals then sell or otherwise dispose of them.

It’s not all bad news though: Council would also like to thank those dog owners who have paid their dog registrations early.

Mr van Dorrestein said dog owners had until 31 July 2018 to register their dogs at a discounted price.

After this date, owners will still have until 31 August 2018 to register their dogs.

At that time Council will be following up with anyone who hasn’t paid the registration for their dog.

By simply filling out a form, having your property inspected and having a good clean dog owner record, you could be a suitable candidate for this policy, which offers a 12.5% discount.

This policy only applies to owners of standard dogs.