Wairoa and Gisborne’s road to recovery 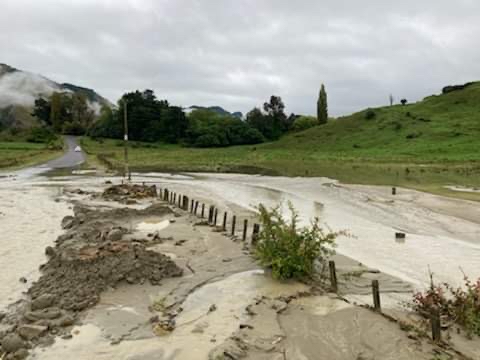 The impact on rural residents after back-to-back severe weather events earlier this year, has been detailed in a new report commissioned by Wairoa and Gisborne district councils.

The Gisborne and Wairoa Flood Recovery Assessment report is the result of 251 interviews conducted by Federated Farmers with support from the Hawke’s Bay Regional Council (HBRC), using funds from the Ministry for Primary Industries (MPI) mayoral relief fund.

“Access for rural residents has been huge, our roading network was hammered, there were bridges and roads on private properties that had been damaged.

“We knew these events had severely affected rural properties with multiple issues including stock, feed availability and fence damage.

“This report gives us more detail about where the support is needed, and we’ll be able to prioritise those who need it most.”

Wairoa District Council recovery manager Courtney Hayward says the flooding and slipping across Wairoa’s vast district was extensive, and although some of the damage is out of sight in isolated areas, it is certainly not out of mind. “This report has helped quantify the severity of the weather events and confirms that recovery will be intense and ongoing.

“Thank you to all those people who took part in the survey. We appreciate your contribution, particularly at such a difficult time when there was so much going on in the aftermath of the weather events.”

Across the 251 properties, the damage was estimated to be around $11m. Of the flood-affected property owners interviewed, 151 were within Gisborne District Council boundaries, with 100 located across the Wairoa District.

In some areas of Wairoa rainfall was recorded at triple the average. In other areas, it was double, with a good portion of sites having March totals the highest on record.

The first event was on 23 March 2022. A State of Emergency was declared across the Gisborne District with the MetService calling it Gisborne’s wettest March in 90 years.

The cumulative effect of the two events so close together has made the recovery journey ‘much more onerous’ the report said.

Almost half the respondents felt they would have no insurance cover and it was estimated that of the damage caused, only 11.9 percent would be met by insurance.

The report stated recovery will be costly and time-consuming, whilst all the while people will need to continue looking out for each other.

The recovery managers are grateful for everyone who contributed to the report, from the grassroots level to MPI, HBRC and Federated Farmers.