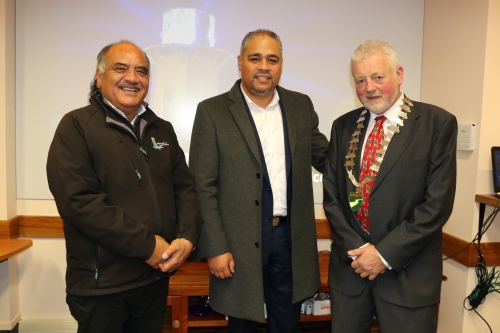 Wairoa has been selected as one of four entities to receive funding to pilot a localised approach to Whānau Ora commissioning.

Minister for Whānau Ora, the Honourable Peeni Henare made the announcement in Wairoa this morning (16.07.20) describing Wairoa as punching above its weight.

“The town gets on and does what it needs to do and because of that success, passion and vision we want to help empower the community through localised commissioning.

“Places like Wairoa know what is best for Wairoa and they must be empowered. By whānau for whānau.”

Wairoa was selected for the pilot off the back of last year’s Community Partnership Group driven parliamentary visit.

Minister Henare was impressed with Wairoa’s presentation and the Kakapa Te Wairoa document that proposed that Wairoa builds on its strengths, creating a foundation of community-led social innovation and enterprise, to bring about sustained change.

Mr Henare said the vision Wairoa took to Wellington was what was needed.

“Wairoa’s presentation gave us optimism and an ability to offer support.

“A localised approach to Whānau Ora commissioning is about finding and making home-grown Whānau Ora solutions more accessible in communities which is key to ensuring better outcomes for whānau.

“Te Tipu Mātoro ki te Āo (The Whānau Ora Review 2018) provided the opportunity to bring the decisions about where the money is spent for whānau closer to the whānau.

“While Commissioning Agencies remain a primary channel for this funding, the extension through localised commissioning aims to reach further into some communities.”

Mr Henare said localised commissioning puts resources closer to where they need to be with whānau at the forefront of everything.

“Wairoa’s Community Partnership Group, which offers a united Wairoa voice and comprises representation from iwi, local government and government agencies, has been key, with the group providing a single focus.”

Te Whare Maire o Tapuwae chairman Richard Niania said they had been waiting for this day since 2011 and the time has now arrived.

“Everybody is caught up in the excitement of localised commissioning. This is an opportunity for iwi, hapū, whānau, marae and communities to work together to uplift and improve the wellbeing for families throughout the district.”

Mayor Craig Little commended Minister Henare and his coalition government for their insights to understanding community-based approaches to the issues we have.

“Wairoa arrived in force in Wellington last year and demonstrated why locally-based solutions are the best approach.

“This is about Wairoa solutions for Wairoa issues. We look forward to the development of a community-led and government partnered approach to working with communities.

Mr Little also acknowledged the commitment of local MP Meka Whaitiri who Mr Henare described as relentless in her motivation to ensure Wairoa was noticed. 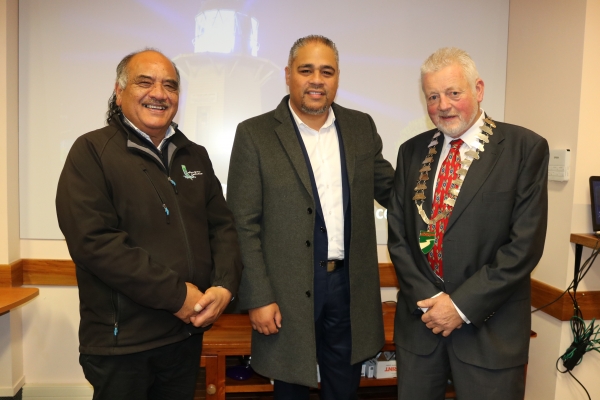