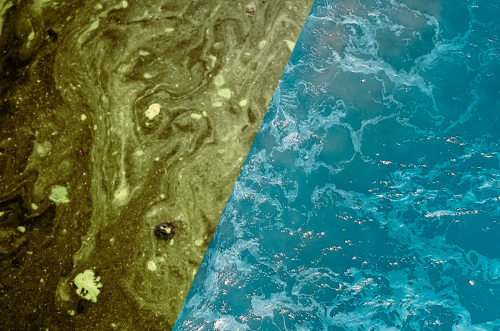 Around half the local businesses identified as needing Trade Waste consents have stepped up during the Wairoa District Council amnesty period.

A Trade Waste Officer, also funded through the stimulus package, was appointed and spearheaded an awareness campaign that includes building a district wide database of businesses and private organisations which require a trade waste consent.

A one-year amnesty period was rolled out as part of the trade waste education programme with the amnesty set to end in March next year.

To date around 75 businesses have been identified as needing trade waste consents and around 40 have gained full or conditional consent.

Wairoa District Council chief executive officer Kitea Tipuna said the amnesty period is about giving people time to develop a trade waste system and apply for it to be approved and consented by Council.

“Our education campaign and the amnesty period are to help change historical behaviour of tipping nasties down the drain which ends up costing the rate payer for clearing sewer pipe blockages, or worse, ending up in the awa.

“This active focus is new to Council and our community, so we are working in a staged approach so we can understand what is happening now, and look at opportunities to move forward, and make our district compliant with National Environment Standards.

“We are partnering with our community to educate people around their waste obligations to protect our soon to be upgraded wastewater infrastructure and the environment.

“We have had contact from a lot of people wanting more information and wanting to know what they needed to do to become compliant. There has been a particularly good uptake from outlying areas such as Nuhaka and Mahia.

“We know there will be some businesses that are harder to reach or struggle to adapt to the change, but we do encourage you to make contact with us. It is to your benefit to make contact now while we are in this amnesty period. Just because you have not yet been approached by Council does not mean you won’t be.

“Overall, we are really pleased with the response to date, particularly as we have had delays due to COVID.

Trade waste is classified as any liquid, with or without suspended solids, that may be discharged into the Council’s sewerage system in the course of any business or industrial process or operation.

Trade waste may include, but is not limited to, oils and fats from cafes, industrial washing water, oils and grease from garages, a car wash, condensing or cooling waters, stormwater from contaminated sites, etc.

“It is easy to think of the main street, but this goes further than that, we don’t want nasties such as waste oil, chemicals or medical waste down our drains.”

“We will be working with food providers, both takeaway and restaurants, hairdressers, service stations, agricultural support services, workshops and a whole lot more as we work towards best practice and ultimately compliance.”

Methods of reducing the impact include grease traps which can be cleaned out and the contents disposed of responsibly by the business owner, or stormwater interceptors.

Last year, Council received more than 30 callouts to pump stations blocked by non-organic items such as rags, elastic, wood, plastic and stones. These callouts costs Council, and therefore the ratepayer, thousands of dollars a year.

Mr. Tipuna said over the past six months there have been no major blockages and he hopes that is in part due to the educational side of the programme.

“Disposing of trade waste appropriately will mean environmental benefits and compliance resulting in less contaminants in our awa, cost benefits from not having to pay to clear blocked drains and pump stations and protection of Council’s infrastructure.”

Anyone who would like advice on developing a trade waste management plan and applying for a trade waste consent should contact the Council on 838 7309.