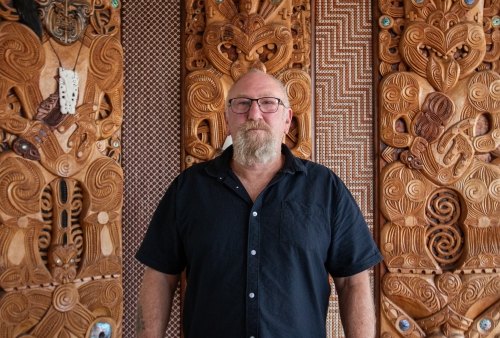 The funding also covered the role of a trade waste officer with George Ash taking up the new position in November last year.

He has been encouraged by the response he has received from the local community and is enjoying getting to know the people and the district.

George moved to Wairoa to be closer to family. Previously he had lived in South Taranaki where he had been working “on the other side of the fence” as an operations supervisor for an industrial cleaning company.

A major focus of his role is to spearhead the awareness campaign that includes building a district wide data base of businesses and private organisations which require a trade waste consent.

“We have identified around 80 businesses that need trade waste compliance and are working through site visits aimed at informing and educating.

“If trade waste is not correctly disposed of it can cause blockages in the sewer system which is costing ratepayers thousands of dollars every year.

“We want to eliminate these blockages through pre-treatment methods such as grease traps and interceptors.

A lot of businesses already have the systems in place and have welcomed the focus and the opportunity to do the right thing.

“Already we have around seven or eight businesses that have gained compliance with our goal being 100%.”

Anyone wanting advice or information on trade waste disposal is encouraged to get in touch with George. Call us on (06) 838 7309 or email george@wairoadc.govt.nz to arrange a catch up. Find out more about trade waste by clicking the button below.