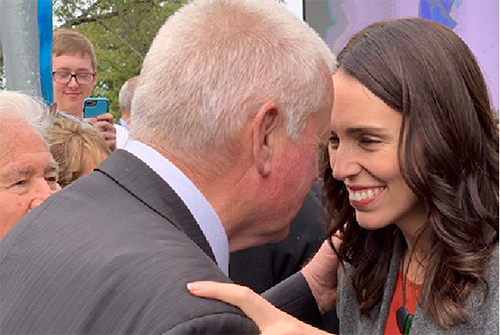 Mr Little said Ngati Kahungunu put on a very impressive day which brought the region together.

It also provided Mr Little with an opportunity to formally invite the Prime Minister to visit the Wairoa District.

The Prime Minister was also a special drawcard at the Te Mahia School gala held over Easter Weekend.

Ms Ardern was holidaying with her family at Mahia and took the opportunity to call into the gala which raised around $17,000.

Mr Little said the Prime Minister already has a connection the area and he hopes she will be able to follow up on his invitation so she can visit more of the district.