Work on connecting some of the Wairoa district’s most isolated areas is progressing well.

Wairoa is part of a nationwide project being carried out by the Rural Connectivity Group which is focused on building infrastructure to connect rural people with a minimum of 400 new mobile and broadband sites scheduled to be built by December 2022.

In the Wairoa district, eleven new infrastructure sites have been identified with landowner engagement progressing well. 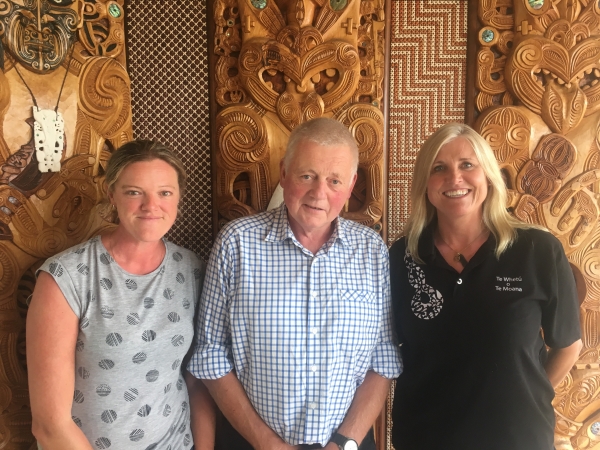 Ms Metz, and her colleague Jessica Lethaby, met with Council this month to provide an update on how the Rural Broadband Initiative (RBI) and mobile blackspots (MBSF) rollout is going for the Wairoa district.

They said it was great to work with such an enthusiastic Council which is helping to enable the connectivity and with engagement with landowners underway they are expecting the cell sites in the Wairoa district to be in place next year.

Wairoa Mayor Craig Little said the work that is being carried out is all about improving connectivity in the district.

“I have continually lobbied to have improved connectivity in the district. It has always been a priority to bridge the rural versus urban digital divide, and this programme is a big part of that.

“This Government seems to realise it is just as important for people who live in smaller rural areas as it is for people in the city.

“Mobile phones are such an integral part of many people’s lives and improved coverage is essential.

“It is also ideal to have Ms Metz onboard as part of the project as she is familiar with the district and the connectivity issues we face.

“This project is about rural connectivity. Everybody who lives in the country knows it can be an expensive and often unreliable service.

“The project acknowledges that connecting rural New Zealand is a challenging task due to rugged terrain, low population numbers and the cost of building and operating a network in remote places.

The Rural Connectivity Group was established in 2017 and is funded from the Government’s Rural Broadband Initiative Phase 2 and the Mobile Blackspot programmes and includes contributions from Spark, Vodafone and 2degrees.

Meanwhile, in town, contractors are on track to meet the Ultra-Fast Broadband completion roll out date of next month.