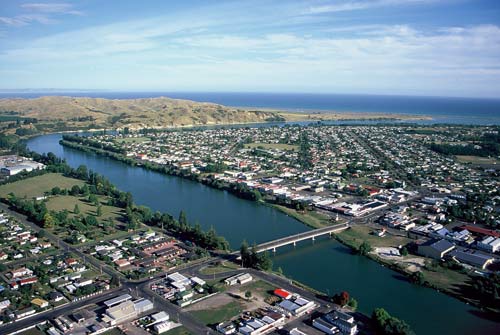 Wairoa’s ‘Better-Off funding projects represents a significant investment in the future of the district.

The Wairoa District Council opted to accept Central Government’s Three waters ‘Better-Off’ multimillion dollar funding package and have put forward a list of priority projects – but do not yet know the outcome of the application.

The Better-Off funding is Tranche 1 of Wairoa’s share of part of a $2.5 billion Government funding package to support all territorial authorities to transition to the new water services delivery system, and to position councils for the future.

It is labelled by the Department of Internal Affairs as a ‘Better-Off’ package which is an investment by the crown into the future for local government and community wellbeing.

Wairoa District Council Chief Executive Kitea Tipuna said Council has clearly voiced it is not in favour of the Government’s Three Waters Reform and accepting the Better-Off funding does not change Council’s stance.

“Council has stated the Three Waters Reform current proposal will not benefit Wairoa. In accepting the Better-Off funding, Council has not changed its stance, but it is moving on with its core business, and utilising every opportunity that will assist our district to be the best it can.”

“In accepting the funding, the Wairoa District Council, along with other Councils that are against the current Three Waters Reform proposal, and part of Communities for Local Democracy (C4LD), has included amendments to the funding agreement. These amendments reflect the views of the nearly half of New Zealand’s local authorities that are part of the C4LD.

Council has now submitted its project list for approval by the Department of Internal Affairs and Council is awaiting the outcome.

Mr Tipuna stressed that although the Council has lodged its list of projects it is up to the Department of Internal Affairs to decide if the funding for each project meets its criteria.

The funding carries eligibility criteria around prioritisation factors and wellbeing assessment as well as strict timelines with the funding needing to be spent by June 30, 2027.

Mr Tipuna said if accepted, these projects will enable our communities across the district to be ‘better-off’ with projects targeting the environment, connectivity, healthy homes, lifestyle and activities and supporting front-facing Council services.

In accepting the $4.66 million ‘better off package, elected members also agreed that each of the projects are subject to ongoing engagement with mana whenua and scoping with elected members.

Elected members also agreed to a list of backup projects in case any of the other projects cannot be completed. These are: An extension, predominantly for storage, at the Wairoa Community Centre ($400,000), a Powdrell Park subdivision feasibility study (100,000) and a water theme park at Alexandra Park ($500,000) yet to be costed.