‘Whina’ to premiere at Gaiety 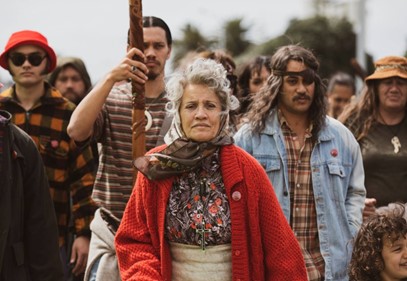 Whina tells the story of Dame Whina Cooper, the beloved Māori matriarch who worked tirelessly to improve the rights of her people, especially women.

Flawed yet resilient, Whina is the journey of a woman formed by tradition, compelled by innovation, and guided by an instinct for equality and justice whose legacy as the Te Whaea o te Motu (Mother of the Nation) was an inspiration to an entire country.

This biopic story follows the life of the trailblazing Māori leader whose extraordinary life saw her break gender boundaries, champion the rights of Māori and fight for the land- all while staying true to her heart and her beliefs.

Tickets are $10 each and available for pre-sale at the Wairoa i-Site. Please note, as this is a premiere, voucher will not be valid.

Whina- the story of Dame Whina Cooper will premiere at the Gaiety Theatre- tickets are available now.