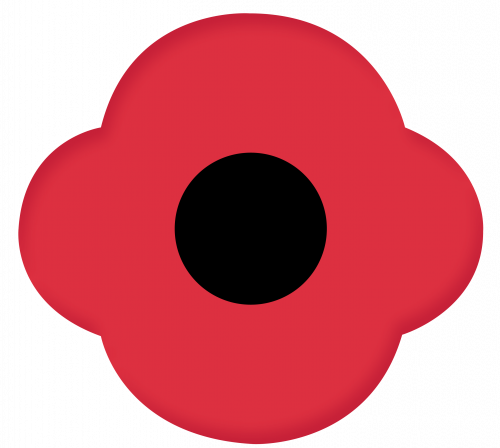 Wairoa is getting ready to commemorate this year's ANZAC Day.

Mayor Craig Little says "Wairoa has a proud history of commemorating ANZAC Day. It’s a time for us to give thanks to our men and women who served in the military, and for us to also remember those who gave the ultimate sacrifice in the service of our country. I want to invite our community to come along and commemorate ANZAC Day with us at all the various services throughout the district."

“It’s a really special day. I remember being at the Mahia Dawn Service last year and seeing the constant stream of cars arriving into Kaiuku Marae and it seemed to be never ending. I am always proud to see our community turn out to commemorate ANZAC Day.”

A number of ANZAC Day services will be planned throughout the district and Mayor Little wants to encourage as many people as possible to attend.

“I’ve also invited representatives from the Wairoa College Rugby Academy to speak at this year’s Civic Service. I think it’s important that our young people have a role to play in our ANZAC Day services too. The Rugby Academy went on a once in a lifetime trip to Europe last year and I’ve invited them to share their thoughts about their visits to the war graves, memorials and museums in Belgium and France.”

“I know they want to acknowledge our servicemen and women and also to thank the Wairoa community for supporting them to get to Europe last year and I think this is one small way that our young people can be involved in ANZAC Day commemorations here in Wairoa.”

“I want to thank all those involved in organising ANZAC Day services and commemorations throughout the district. In particular, the Wairoa and Mahia RSA and also all those family and friends who organise other services not noted in this programme”, says Mr Little.

10.30am Wreath laying at the Wairoa Cemetery
(This is a private ceremony involving only the Official Party)

Profiles of NZDF and ADF guests below:

Tena tatou katoa,
My name is Warrant Officer Peter (Buck) Roger’s born 1970, raised in the Ruakituri valley spending a lot of my time at Erepeti Marae. My parents are Norman and Minnie Jackson and I attended Ruakituri School before going on to Scinde House, Napier Boys High School. I left school at the end of 1986 to work for Barry Baker Shearing in Onga Onga before moving back to the valley for a few months doing odd jobs.

6 Oct 1987 my best mate Barry Gallagher (also from Ruakituri) left the valley again to join the Royal New Zealand Air Force (RNZAF). This was a huge adventure for the both of us as we flew out of Napier for Blenheim to start our recruit course, however we found that the way of life was quite easy to adapt to. The whanaungatanga, manaakitanga and wairua felt the same to us as if we were back home. Even today after almost 29 years in the Air Force if I meet one of my fellow recruit course buddies, it would still feel like it was yesterday.

My trade was Armament where a majority of my work was on Skyhawk and Aermacchi fighter/bombers and a little bit on the Orion Maritime aircraft, a highlight during that period was Ex Vanguard to Australia, Singapore and Malaysia. I changed trades to become a Helicopter Crewman in flying on the UH-1H Iroquois where I deployed on operations to East Timor 2000 and 2001 then to the Solomon Islands 2003 another highlight was Ex Tropic Astra Fiji. I have been posted to Woodbourne (Marlborough), Whenuapai (Auckland) however the majority of my career has been at Ohakea where I am currently employed as the Base Warrant Officer.

Just like Wairoa the New Zealand Defence Force (NZDF) has seen a lot of changes over the last 29 years but one thing has never changed in the NZDF and that is its people. We like to believe that we differ with each generation and in some aspects that is true e.g. we have different taste’s in music, fashion, vocabulary etc. but in the NZDF our values still align and our commitment to each other does not waiver. If someone asked me today ‘Should I give the NZDF a go?” I would definitely answer ‘Yes!’

SQNLDR Jon Jorgensen joined the Royal Australian Air Force (RAAF) in 1990 as an apprentice engine fitter. Jon graduated from the RAAF School of Technical Training in September 1991 and was posted to 486SQN where he worked on C130 E&H model aircraft. Jon was posted to 38SQN in 1997 and had a short period working on Caribou aircraft prior to re-mustering to Flight Engineer in late 1997. Jon operated both C130 E&H aircraft and accumulated over 2000 hrs C130 between 1998 and 2003. Highlights include operations to East Timor and the Middle East along with repatriating the victims of the Bali Bombings.

In 2003 Jon Commissioned and attempted RAAF Pilots Course prior to re-categorising to Aeronautical Engineer. In late 2004 Jon was posted to DGTA and was responsible for the Australian Defence Authorised Spares System. In 2006 Jon was posted to 382ECSS MEOMS as the Maintenance Officer, responsible for the Amberley Bulk Fuel Installation and approximately 300 pieces of Ground Support Equipment, Fire Trucks and various other vehicles. Following this posting Jon was appointed as the Maintenance Standards and Maintenance Aviation Safety Officer at 6SQN who were the last operator of the F-111.

In Jan 2014 Jon was appointed the Senior Engineering Officer at 36SQN in Amberley where he was responsible for leading a team of 170 maintenance and logistic personnel and managing a fleet of eight Boeing C-17 aircraft. This role has been the highlight of his career so far. Jon has come straight from 36SQN to NZDF ACSC.

Jon holds an Advanced Diploma of Engineering (Flight Engineering), Graduate Diploma of Aviation Management, Masters of Science and Technology (Aviation) (UNSW), and in 2015 attained a Master of Business Administration and a Masters of Project Management (USQ).