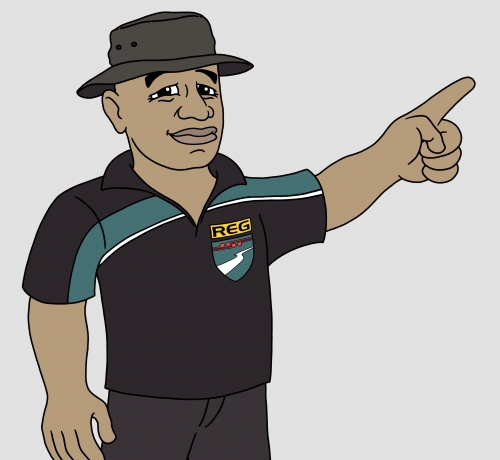 With the summer season heating up, Council’s bylaw enforcement team will be kept busy with a watchful eye on freedom campers, noise control, animal control and making sure that the total fire ban in the Māhia and Nūhaka areas are enforced.

Bylaw Enforcement Team Leader Paul van Dorrestein says “we started freedom camping nightly patrols at the beginning of month and it seems that people are being much more compliant this year.”

“With the total fire ban also now imposed on the Māhia, Opoutama, Māhanga, Nūhaka and Mōrere areas, it’s going to be a busy time for us.”

“Although Council will be closing down for the holiday period, the bylaw enforcement team will be on call 24/7 so that we can ensure everyone has a safe and enjoyable holiday.”

“We don’t want to come in and spoil anyone’s festive fun, but it’s important that we stick to the rules, this goes a long way to ensuring we all have a safe and enjoyable the holiday season.”

“Signs have gone up notifying that there is a total fire ban from Nūhaka north (including Māhia Peninsula). People are typically compliant about the fire ban because we’re used to it during our summer season.”

“The peninsula is always prone to very dry summers and this just increases the risk of a fire for the area, so we just want to remind everyone that no open fires are to be lit from Nūhaka north, including Māhia peninsula.”

“There is also a liquor ban in public areas on Māhia Peninsula and the police will be monitoring this.”

“Council will be closed from this Friday at 12 noon and will re-open on the 9th of January, but during the closedown period, bylaw enforcement will be on call 24/7, just call 838-7309 and you will be put through to our after-hours service.”

“We’ll be out and about enforcing the district’s bylaws and I have no doubt it will be a busy time for us. But we want everyone to have a safe and enjoyable Christmas and New Year holiday.”