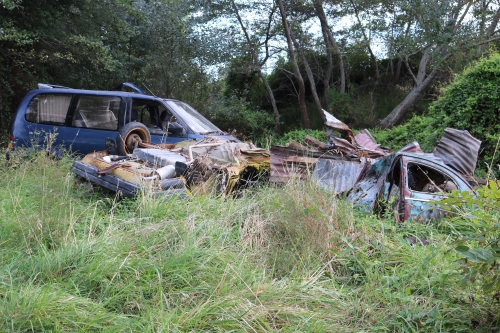 Protecting the environment and cleaning up the district is the driver behind a Wairoa District Council campaign to clear Wairoa of abandoned cars.

Hundreds of cars are dumped throughout the district causing safety, environmental and fire hazards.

In a bid to clean up the legacy of abandoned vehicles, and other illegal dumping, Council wants to partner with the community.

Group Manager of Planning and Regulatory Services Simon Mutonhori said he has worked all over New Zealand and abandoned cars is definitely a big issue locally. He says Wairoa has the highest number of abandoned car carcasses than any other area he has seen.

However, he is encouraged by people in the community approaching Council and asking for assistance to clean up the abandoned car bodies and wrecks.

Residents living in the vicinity of the Te Uhi Pa Road have asked Council to help them dispose of around 30 abandoned cars, some which have been dumped decades ago. 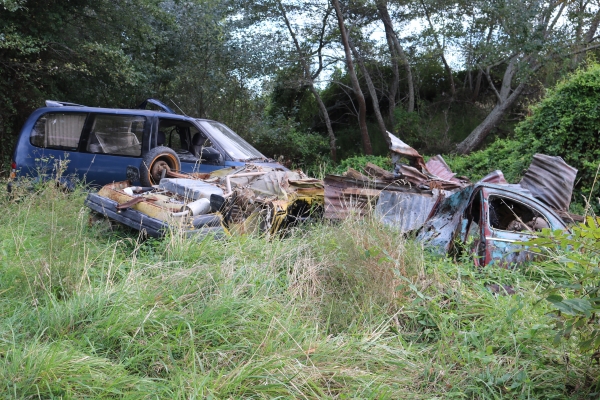 Council is on a mission to work with the community to clean up the wrecked cars abandoned throughout the district, including these vehicles on private land and the riverbank reserve at the end of the Te Uhi Pa Road.

Mr Mutonhori said the Te Uhi Pa Road area where the cars are dumped includes private land and Council riverbank reserve, including land identified as under the management of Matangirau Reserve Board.

“The area has two urupā nearby and is a sacred area and the site of Wairoa’s first church.

“This area should be protected, but instead it is derelict with rusting car bodies, which as well as looking terrible, is very unhealthy for the awa with some car wrecks being washed into the river during flooding events.

“Council wants to help correctly dispose of the car bodies, but we need a management plan going forward so this doesn’t keep on happening.

“I would love to see all car bodies collected from throughout the district, but it is key we have plans in place to stop this behaviour repeating in the future.” 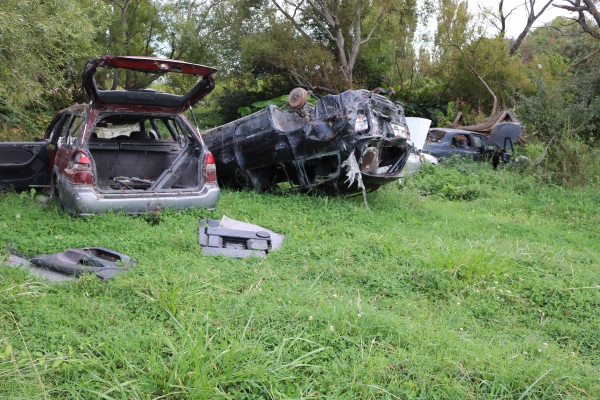 Mr Mutonhori acknowledged it is harder for Wairoa people to dispose of broken-down cars because of the distance required to get them to a scrapyard.

“Ultimately we would like to bring a scrap metal service to Wairoa so we can collect a whole lot of car bodies and get them taken away.”

Council will accept single cars at the landfill at no charge, providing the person has applied to Council and meets the conditions and timing requirements for the vehicle drop off.

Council also provides a liaison and community inquiry service to help residents get rid of more than one vehicle.

Mr Mutonhori says another contributing factor is a lack of education around the issues an abandoned car can cause.

“This is a community issue, it is not Council’s rubbish, but because we want the district to be the best it can be, we want to help enable a clean-up and prevent the problem from reoccurring.”

Mr Mutonhori said Wairoa people are not good with rubbish in general. Illegal dumping of rubbish and vehicles is very time consuming and costly to the Council and therefore the ratepayers.

“Often it can cost as little as $5.50 – this is the cheapest across the East Coast/Hawkes Bay – to take a bag of rubbish to the Wairoa landfill whereas if that rubbish is thrown in a drain or out a car window it costs Council staff a lot more in time and resources to pick it up and correctly dispose of the rubbish.”

“It is great to have people coming to us because they are aware of the problem and ideally the best outcome is to work with the community.

A common-sense approach is a lot better than Council having to rely on its public safety bylaw and fines. 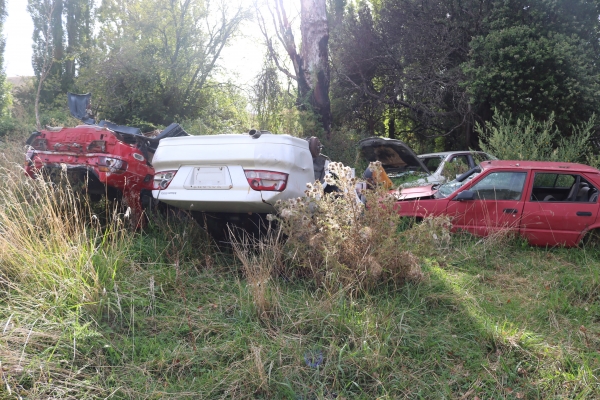 We encourage residents to record any suspicious behaviour and contact the Police while the dumping is taking place.