A surge in shopping saw nearly $150,000 spent at local businesses in the last week of the Tautoko Wairoa Shop Local promotion.

In total more than half a million dollars has been spent at participating businesses over the 15-week period of the Tautoko Shop Local campaign.

“The Tautoko Wairoa Shop Local campaign has shown the magnitude of support from the community for our local businesses in these tough times.

“Last week, being the school holidays, was a busy one in town and hopefully the record number of entries is from out of town people spending locally too.

“Council launched the Tautoko Shop Local Campaign as part of a post-COVID-19 recovery to encourage people to support local businesses. We have been thrilled with the response to the promotion incentivising more than $500,000 in local spending at participating businesses.

“We need to continue that momentum. Summer is just around the corner and Christmas is coming up, now is the time to engage with our local retailers and businesses and keep that local spending and relationship going.

“If we don’t support what we have we will lose it, and nobody wants that.”

The original shop local promotion was launched in mid-June and ran for 10-weeks with more than 3000 receipts entered and 10 weekly prize draws of $100.

Council issued a challenge for other local businesses to sponsor the promotion with the Wairoa Star pledging $500 in prize money and Bradbury Jewellers $200.

Ms Eaglesome-Karekare thanked the Wairoa Star and Bradbury Jewellers saying these two businesses really stepped up and recognised how important it is to support and keep our business community strong.

Ms Eaglesome-Karekare thanked the local shoppers, participating businesses, and Council staff for their input in making the promotion successful.

“Just because this campaign is over shopping local is still the way to go.” 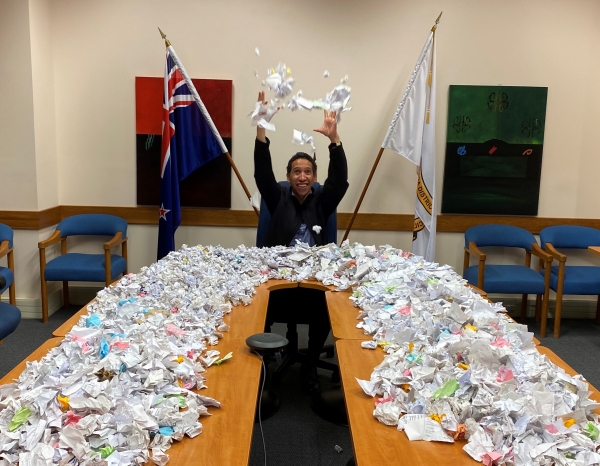