For the third year in a row a Wairoa District Council manager has been recognised through a national Local Government award.

Council’s Regulatory Customer Services Manager, Simon Mutonhori, was one of two New Zealand Society of Local Government Managers (SOLGM) to be selected for the national award which is sponsored by BERL (Business and Economic Research Limited).

The entry challenge was ‘to write a 100-word statement outlining your interest in how Māori can participate in and contribute to the development of your community, district, city or region’.

Mr Mutonhori wrote that with 66.9 percent of the Wairoa district’s population being of Māori descent, there is no doubt the Wairoa District is the heart and soul of everything Māori in Aotearoa.

“The District is like a living museum as it provides a snapshot into the past through tikanga Māori, te reo and historical Pā sites and other sites of significance.

“Rich Māori culture integrated with modern lifestyles brings the district to life with thirty-nine functional marae across the district.

“Māori communities contribute immensely to the Wairoa district through the preservation of tikanga Māori and through 100% economic investment of Treaty Settlement funds.”

He has also worked for Te Arawa River Iwi Trust in Rotorua where his role was resource management adviser to the iwi, working mainly around the Waikato River Co-management agreement between all Waikato River iwi with mana over the awa, the Crown and Waikato Territorial Authorities.

It was while working for Te Arawa River Iwi Trust that Mr Mutonhori took the opportunity to learn te reo and tikanga Māori and has completed the NZQA Level 5 Diploma in te reo Māori through Te Wananga Aotearoa.

Mr Mutonhori said he enjoys being in Wairoa and the support he has received from the Council and Chief executive Steven May.

Mr Mutonhori’s win is the third year in a row that the Wairoa District Council has won this award with Council’s Group Manager of Information and Customer Experience Kimberley Tuapawa winning the award last year and Community and Engagement Manager Kitea Tipuna receiving the award in 2018.

Wairoa District Council chief executive Steven May said for Wairoa to be awarded a top national award for the third year in a row was outstanding.

“As a previous recipient of this award, I can appreciate its value and over the past couple of years I have identified and encouraged suitable staff to apply, as I knew their skills and backgrounds would make them ideal candidates.

“This award recognises Simon’s understanding of our district and recognition of our culture.

The award will pay for Mr Mutonhori’s registration to attend the SOLGM (Society of Local Government Managers) Summit in Taupo in September. 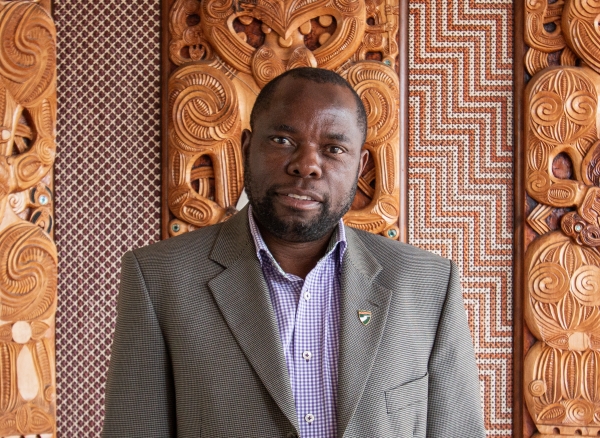