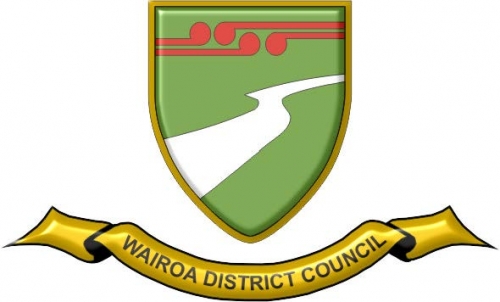 Wairoa’s tourism potential is being recognised nationally with a central government funding boost for a Space Coast feasibility study and a freedom camping development at Pilot Hill.

The Wairoa projects will receive $145,000 as part of the latest round of funding from the Government's tourism infrastructure fund.

Tourism potential and infrastructural needs along the district’s northern coastline will be the focus of the feasibility study.

Council’s economic development and engagement manager Kitea Tipuna said the $60,000 funding will be used to assess the potential, and while it is government partnered, it will be led by community conversations.

“We need to plan for these developments and ensure we get infrastructural requirements, like carparking and toilets, right.

“The feasibility study will help us understand what potential there is and what requirements are needed along the district’s northern coastline.”

The Council was also allocated $85,000for the Pilot's Hill freedom camping development.

“Enhancing Pilot’s Hill will release the pressure on Clyde Court but is close enough to town for people to still be able to enjoy the Wairoa experience.

“There is a lot of freedom camping pressure on Clyde Court and the toilet facilities and this funding will open up another opportunity.

Council was unsuccessful in its applications for toilets at the Bluck’s rocket viewing site at Nuhaka, the Destination Wairoa Playground in town and Lake Whakamarino.

Mr Tipuna said the Destination Playground toilets are included in Council’s Long-term Plan and Council will continue to work to progress the other projects.

He was thrilled to have non-ratepayer funding to develop the district’s tourism potential.

“It is great the government has acknowledged the need to invest in places like Wairoa and that they are understanding the potential for tourism.

“This is about the government acknowledging that tourism is starting to grow in our part of the country and we need to be ready.”

Wairoa’s funding was announced by Tourism Minister Kelvin Davis as part of an allocation of $19.3 million with much of the funding going to wastewater and sewage schemes and public toilets.

Mr Davis said the extraordinary growth in visitor numbers we've seen over the past few years will likely continue for the foreseeable future, and these investments are essential to improving the quality of our tourism infrastructure to help manage that growth.

Wairoa Mayor Craig Little said this latest funding is a testimony to the work of Kitea Tipuna and the economic development team.

“Receiving this funding is a tribute to those staff members being up with the play and endorses the importance of Council having a team which is dedicated to recognising and expanding Wairoa’s economic opportunities.

“There are a lot of benefits to a mixed funding approach which sees a combination of local government, central government and private partnerships working together so the burden is not fully on ratepayers.”