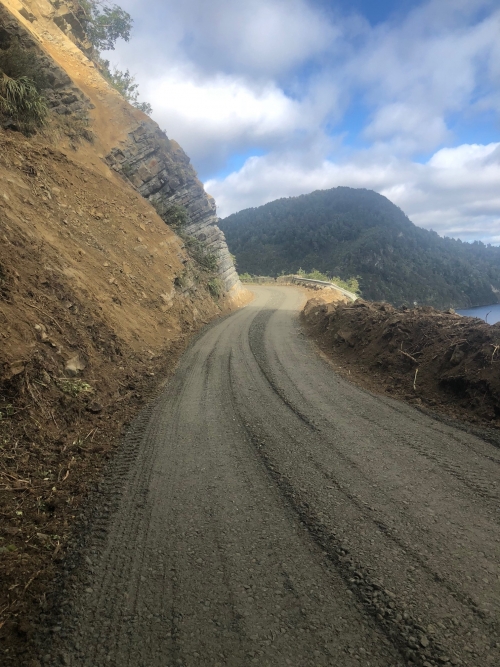 The colossal slip came down some time on Tuesday 24 July blocking Special Purpose Road 38 14.2km beyond the Aniwaniwa Bridge in Te Urewera. 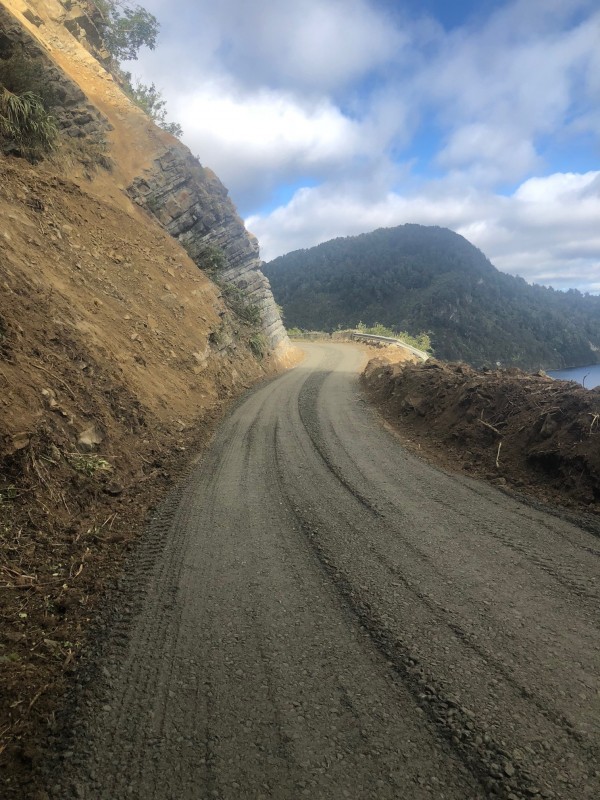 “There was a real camaraderie throughout the nearly week-long process not only within our own QRS staff, but also amongst the organisations involved at the different stages of getting the road open.”

Special Purpose Road 38 is one of New Zealand’s remotest roads. The 160km winding track curls its way around spectacular Lake Waikaremoana and can be approached from Wairoa on the East Coast or Murupara in the Bay of Plenty. Half of it is gravel.

Oddly, the slip fell during a dry spell, says Mr O’Sullivan. “This slip management required a response from Wairoa and Whakatane District Councils, the New Zealand Land Transport Agency, iwi and QRS. It was all hands on deck and it went very smoothly.”

Following a geotechnical investigation on the face stability by specialist engineers, QRS health and safety officer Paul Eaglesome completed a risk assessment which was reported back to Wairoa District Council and shared with all those on site.

Mr O’Sullivan says the aim was to open the road safely and minimise the amount of debris falling approximately 150m over the bank and into Lake Waikaremoana.

“This is a narrow road in a remote area. Risk assessments were carried out daily. We kept everyone’s safety at the forefront of all our decisions.” After site inductions work began on Friday 27 July.

“Unfortunately the work halted later that day due to very high winds dislodging material high up on the face of the slip and putting those working under it at risk.”

Eight QRS staff were assigned to work at the site, three of which were safety spotters who had direct communications with those operating the machinery.

As an added safety precaution, the road was closed 8.6km past the Aniwaniwa Bridge to maximise the efficiency of the trucks carting the slip material and ensure spectator safety.

Around 500 cubic meters of material were safely carted to an agreed site at Mokau Landing for future use.

Machinery used in the three-day clean-up included a 20-tonne excavator, a 14-tonne excavator with a rock breaker, and two six-wheeler dump trucks. Mr O’Sullivan says during the slip removal process a rock that loomed larger than the onsite 20-tonne digger was broken up and removed.

By Sunday night the slip had been cleared and on Monday 30 July, six days after the slip was discovered, the road was resurfaced with aggregate and opened to traffic.

“Commitment, perseverance and teamwork paid off and the road was cleared quickly and safely. It’s a credit to everyone who worked on the response.”