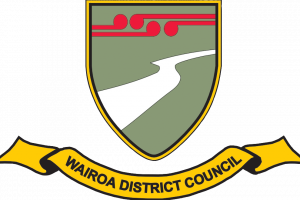 This page sets out Council's initial proposal for representation arrangements for the 2019 and 2022 elections. The goal of the review is to provide fair and effective representation for individuals and communities.

Under the Local Electoral Act 2001, all councils have to review their representation arrangements at least once every six years. This is called the Representation Review.

Council adopted its initial representation proposal at a meeting on 12 June 2018 and submissions are now invited, closing 13 July 2018.

What Does the Review Involve?

The primary objective of a representation review is to ensure fair and effective representation for individuals and communities. There are three factors which must be taken into consideration:

Wairoa District Council will introduce designated Māori representation for the 2019 and 2022 Local Government Elections through the setting up of one or more Māori wards (in addition to general wards).

In a poll run aside the local elections in September 2016, Wairoa electors voted 54% to 46% in favour of the establishment of Maori wards on the council.

After taking these factors into consideration, Council now has to decide:

If Council decides to elect members by wards, it must decide:

Council also has to decide whether to have community boards, and if so:

The Council’s current representation arrangements consist of six councillors elected at large plus the Mayor.

The current electoral system is First Past the Post (FPP).

Prior to undertaking the representation review, the Council considered one related process:

It is recommended to maintain the FPP electoral system.

The following formal process is recommended:

We want to hear your views on Council's Initial Representation Review Proposal.

Submissions must be received by Council no later than 13 July 2018.