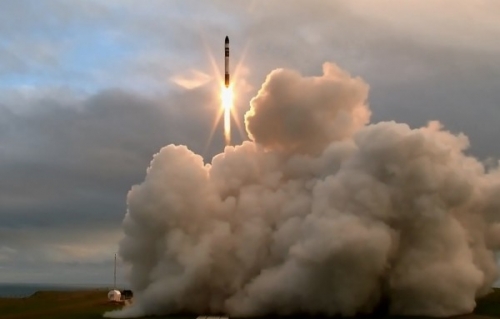 During this time, launch attempts will only take place between 12.30pm and 4.30pm.

The launch process is complex. It’s likely the launch could be postponed, or “scrubbed”, multiple times to allow for small, technical modifications.

Weather can also cause scrubs - winds and heavy rain will likely result in a postponement. As a result, we can’t pin point the day or time of launch.

Rocket Lab will announce the decision to scrub a launch as soon as possible but this could be as late as 0.1 seconds before lift-off.

Rocket Lab will announce the decision to scrub a launch as soon as possible after it is made in order to reduce the burden on marine and air traffic.

Check www.rocketlab.co.nz and the Rocket Lab Twitter page @RocketLab on launch days for the most up-to-date launch information.

WHERE CAN I VIEW A LAUNCH FROM?

As Rocket Lab’s top priority during the test launch is public safety, there are safety zones in place during a launch and no access will be permitted to the Onenui Station.

As a result, Launch Complex 1 will not be visible during a launch from any publicly-accessible point on the Māhia Peninsula during the window of 23 June to 6 July.

Wairoa District Council has allocated a rocket launch viewing area for the public near Nuhaka, accessible via Blucks Pit Road.

Scrubs and postponements are likely during launch windows, so visitors to the Blucks Pit viewing site should anticipate multiple postponements, sometimes across several days.

WILL THE LAUNCH BE LIVESTREAMED?

Due to the likelihood of postponed or scrubbed launches, Rocket Lab recommends viewing a launch via Rocket Lab’s video livestream.

This offers the best views of launch and includes helpful commentary about the launch process.

A livestream will be made available approximately 15 minutes prior to a launch attempt and notified via the Rocket Lab Twitter account.

The livestream is viewable on a launch day at www.rocketlabusa.com and Rocket Lab’s YouTube channel.