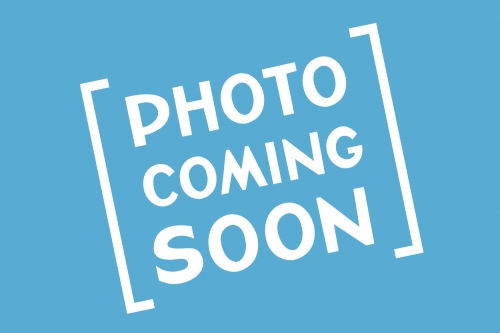 It's hard to tell if the Taxpayers' Union is again being deliberately obtuse in its latest analysis of council finances or if it's plunging to a new low by misinterpreting data to make unfair comparisons of their financial performance.

This week, it released already publicly-available data on local councils in what it calls a "Ratepayers' Report".

While this year's attempt is an improvement on the past, the effort nonetheless still falls short of being useful.

For example, the report divides performance factors by the wrong number or type of ratepayers, and the accompanying media releases criticise performance without providing even a tiny degree of context.

The Taxpayers’ Union’s analysis is as about as accurate as judging the fairness of car prices without knowing whether they’re electric vehicles, SUVs or Formula One racers.

Firstly, the basis of comparison is wrong.

Dividing factors such as debt, rates and salaries by what the Taxpayer’s Union calls “residential ratepayers” creates a number of problems.

For a start it ignores the fact that businesses and farmers also pay rates.

For example in Central Hawke’s Bay there are less than 8,000 ratepayers however only 25 per cent of these are residential – this grossly inflates the cost per actual ratepayer when we start examining factors such as assets and debt.

And it also ignores the fact that the number of rating units is not the same as the number of people for whom councils provide services. Resulting comparisons are therefore meaningless.

Waitomo District Council is the second-most indebted, based on the misleading ratepayer ratio. But the report has removed all the reasons for this position.

In fact, Waitomo has just finished one of the most significant investments any council will make – a comprehensive upgrade of the district’s water and wastewater infrastructure.

The asset will be used across many generations, and will be paid back over a long time. This is sound intergenerational stewardship. The Council deserves congratulations not criticism.

New Zealand’s 67 district and city councils are incredibly diverse, spanning Auckland with 1.5 million residents, to Kaikoura with around 3,750. Each council has different circumstances and has to provide different services based on these.

The Taxpayers’ Union doesn’t make the data easier to compare by excluding this detail. It makes it harder and less transparent. Sometimes we see politicians getting caught telling stories that leave out important details. The Taxpayers’ Union has also done exactly that. This is a disservice to the ratepayers it purports to represent.

But providing useful data and information to ratepayers is important. This is where we agree with the Taxpayers’ Union. This is why LGNZ set up an independent assessment programme for local government.

It’s an excellence programme called CouncilMARK™ which operates in a somewhat similar fashion to the approach used by credit agencies to assess an organisations financial health.

Participating councils will be assessed by independent experts every three years, given an overall rating on a nine point scale from AAA to C, and the results are publicised.

Councils will discuss results with communities and use the assessments to plan improvements. The system gives communities a clear and independent picture of how well their council is performing in serving the community, and councils information on where they can improve.

The key point is that it is an independent assessment system. It measures councils in indicators across leadership, finance, service delivery and community engagement.

These areas were determined after carrying out independent research with individual and business ratepayers to find out what was important to them. Unsurprisingly it is a range of factors beyond simple financial metrics.

Councils are placemakers that make communities zing. Financial performance is important but so are many other things that make life worth living.

The finalised assessments and ratings of member councils are public, placed in context, and constructive – showing where and how an individual council might choose to enhance its value proposition to its community.

In contrast, the Taxpayers’ Union’s shallow league table contributes almost nothing to ratepayers’ understanding of the issues facing their areas or ways to improve things.

But there is something even more worrying in their condemnation of local government. It looks like this Wellington-centric lobby group simply does not trust the voters, ratepayers and residents of these regions make good decisions.

Every council’s financial reporting represents the push and pull of a community that has worked out its interests. It has worked out whether it wants a council that is a mini, an SUV or a race-car.

It has worked out how much it wants to invest in making its town or region a place they enjoy living in.

There is a democratic process that goes into making those funding decisions every year and a comprehensive long-term planning process every three years. Ratepayers can also make their judgement on that spending at the ballot box each election.

The data the Taxpayers’ Union uses to criticise local authorities represents the result of a democratic process.

Rightly, it’s left to voters, rather than the Taxpayers’ Union, to judge the performance of councils. And in a democratic society that’s how it should remain.