Wairoa Film Club set to be a classic for community 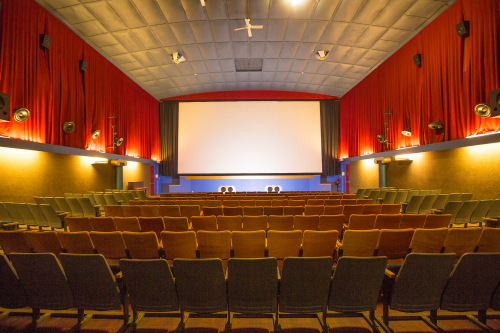 Unlocking a treasure trove of entertainment is the driver behind the Gaiety Theatre’s newly launched Wairoa Film Club.

The club had its first screening last Wednesday with the popular award-winning movie Nomadland.

The film club provides an opportunity for local people to enjoys screenings of films that wouldn’t usually be screened in mainstream cinemas.

Many of the movies screened thought the Wairoa Film Club are superb films that never gain commercial release in cinemas or on television.

Natasha Loh, the Operations Officer at the Gaiety Theatre, is curating a programme of top-quality international and local films. This festival of documentary, musicals, comedy, war, romance, foreign-language and rare films draws on her 20 years plus experience in the industry, including her time on the Auckland Film Society Committee for 10-years.

The film club is a chance for local people to discover films they may never have heard of and enjoy the entertainment at the Gaiety on one of the biggest screens in the country.

This Wednesday’s screening is ‘Gable and Lombard’. A biography about the love affair between 1930s Hollywood superstars Clark Gable and Carole Lombard.

Next Wednesday, March 31, the feature film will be ‘Vertigo’, Alfred Hitchock's masterpiece thriller, voted the best film of all time by Sight and Sound's 2012 poll of international critics.

Screenings are held on Wednesdays at 5:30pm at the Gaiety Theatre. Tickets are $15 which includes a drink - enjoy a beer, wine, cider, soft drink, water, tea or coffee. Doors open from 5pm.