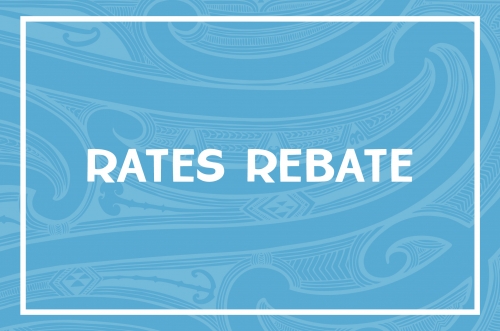 Hundreds of people living in the Wairoa community could qualify for financial assistance to help pay their Wairoa District Council rates.

A government driven rates rebate scheme involves a credit for people who pay rates and meet the rebate criteria.

Every year around 350 people living in Wairoa apply for a rates rebate with successful applicants receiving up to $665 off their rates bill.

The Rates Rebate Act 1973 established the rates rebate scheme which provides a subsidy to low-income homeowners on the cost of their rates.

Locally, much of the administration of the scheme is completed by Wairoa District Council staff on the Government’s behalf. Homeowners make their applications to the Council, which does most of the processing, and then forwards the applications to the Department of Internal Affairs for approval.

Mayor Craig Little would like to see as many people as possible check their eligibility and take advantage of the rates rebate scheme.

“Even if a ratepayer’s income might exceed the base income threshold, a partial rates rebate could still be available depending on a number of variables including household income, number of dependents, and the level of rates being paid.

“The majority of rates rebates applications are from superannuitants who receive the maximum rates rebate, but there are a lot of other people out there who could qualify for full or partial relief.

“That is a lot of money that gets to stay in the Wairoa community and provide important financial support for many households.”

“The number of people applying for a rate rebate varies from year to year and that concerns us as we do not want people who could benefit from the scheme to miss out.

“Checking whether you should put in an application is really easy. An online calculator is available at: www.govt.nz Just enter ‘rates rebate’ in the search box. People can also drop in or phone the local Council office where staff can discuss the eligibility criteria and help complete the application forms if needed.”

More information about rates instalment dates and penalty changes and the rates rebate scheme can be found on the Wairoa District Council website - search for #ratesdates or call into the Council’s Queen Street offices.

Ratepayers are also reminded if they are struggling to pay their rates instalment, which was due on August 20, or could not physically make payment because of COVID-19 lockdown restrictions that they should contact the Council to discuss options.