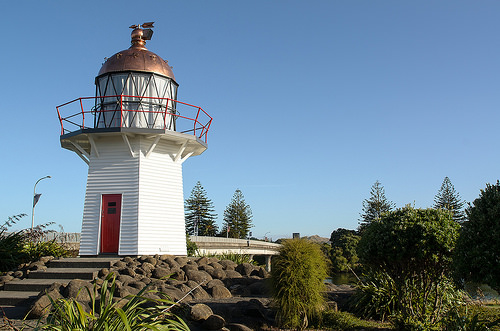 Wairoa Councillors, at a Council meeting on May 9, 2017, gave the Te Reo Māori policy their approval, and it will now go out to residents of the Te Wairoa district for public consultation.

The policy is designed to develop and promote te reo Māori throughout the organisation, and was developed by Council's Māori Standing Committee.

The policy is another stepping stone towards becoming the country’s first bilingual community, after the launch of Te Wairoa Reorua 2040 on December 10, 2012.

They have come together, with the Human Rights Commission, to work on a strategy to set Wairoa on the path to becoming fully bilingual by 2040.

Council's Māori Standing Committee Chair Kiwa Hammond says the policy is designed to foster positive attitudes and values about te reo Māori among staff so that the use of it becomes a valued part of the organisation.

"Wairoa has arguably led the bilingual community conversation over the past five years and continues to lead in terms of local government policy development," he said.

"The passing of the Māori Language Act 2016 underlines the responsibility of the Crown and government agencies to support and promote the proper use of te reo Māori.

"This policy signifies the Wairoa District Council's commitment to the language and acknowledges the important status of te reo Māori in our community.

"With a population of almost 60 per cent Māori, and a sizeable (19 per cent) Māori-speaking population that is well above the national average, it makes sense that Wairoa lead the way with this policy.

"We support any initiative that promotes the use of the Māori language. Our proposed Te Reo Māori Policy will enable our district to further the support for the Te Wairoa Reorua 2040/bilingual Wairoa initiative.

"I applaud any other district that promotes the use of te reo Māori. This isn't a competition, because at the end of the day, the real winner is te reo Māori."

One of the Maori Standing Committee's objectives is to empower staff to use te reo Māori by providing access to tools and resources.

Council staff are already taking advantage of these tools and resources by attending regular, bi-weekly te reo Māori lessons, which started this month.

Wairoa District Council signs, where it is appropriate to do so, will gradually become bilingual (as resources permit). Council will roll out these signs over time, when time and resources allow the organisation to do so.

The order will be in Māori first and English second. Bilingual signage will be supported by a robust translation and quality assurance review process.

Wairoa Mayor Craig Little congratulated the Māori Standing Committee for having proactive discussions and developing the Te Reo Māori Policy for the Wairoa District Council and the Wairoa community.

"When people come to Wairoa, they want to see the Māori translation… this policy is awesome and we’re behind this initiative 100 per cent," he said.