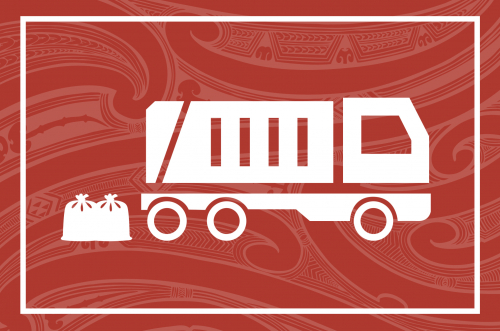 Council will be increasing its rubbish collection in line with the boost of summer visitors but is also urging people to leave only their footprints behind.

At Mahia, additional bins will be on site over the long weekend with increased servicing.

Mr Tipuna said Council provides rubbish facilities for members of the public and it is important people dispose of their rubbish appropriately.

“Last year we introduced new solar powered rubbish bins in time for the busy summer period which proved effective. Rubbish in the bins is compressed, using solar power, which enables the bins to have up to five times the capacity as normal bins.”

This year over the peak period, from December 17 to January 21, Mahia and Mahanga will be serviced twice weekly with the usual Monday refuse collection and an additional Friday collection.

There will be no kerbside collection on Christmas Day or New Year’s Day.

Litterbins will be increased during the peak season and serviced twice daily including on public holidays.

The Mahia recycling site at Kaiwaitau Road will be open for three weeks from December 23 to January 12 and staffed from 9am to midday.

In town, the Wairoa refuse and recycling centre operating hours will be extended from December 23 through to January 12 (excluding Christmas Day and New Year’s Day) with hours from 8am to 4pm.

Council staff and contractors will also work collaboratively to keep the Wairoa district as clean of rubbish as possible and encourage anyone who sees fly dumping taking place to contact the Police.