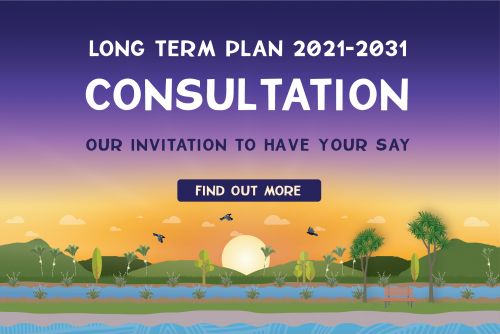 WAIROA District Council has adopted its 2021-2031 Long-Term Plan which describes its activities and the community outcomes it hopes to achieve over the next 10-years.

The Long-Term Plan process has been a two-year mission involving months of planning, design, development and engagement across activity areas and with different groups of people, including the community.

There were a number of firsts for the Council including completing the Long-Term Plan on time, the extensive and nationally recognised pre-engagement and engagement processes and a new user-friendly format.

Council chief executive Kitea Tipuna said over the last two to three months, group manager information and customer experience Kimberley Tuapawa had been providing councillors with staged details of the proposed LTP pre- and post- consultation (over 900 pages) before its adoption last Wednesday.

Prior to adopting the plan Council confirmed the changes recommended by Council’s auditor.

The changes were around greater clarity and consistency of information and while they were not substantive changes, approving them confirmed council’s responsibility and ownership of the document.

Group manager finance and corporate support Gary Borg said the information is the same - it is about clarity and consistency of information with the reclassifications better reflecting the content of the plan.

Modifications included the application of funding for renewals transferred from the levels of service category to replace existing assets category. The ability to borrow graph was replaced with a new graph showing a cumulative effect consistent with the final financial statements and the debt servicing graph was replaced to take account of debt repayments based on net debt per the financial statements.

Deputy mayor Hine Flood said while there was movement of the numbers the bottom lines did not change.

Mayor Craig Little congratulated councillors and staff for completing a quality document that came in on time.

Following the adoption of the Long-Term Plan, elected members passed the resolution to set rates for the next year, effective from July 1, 2021.

The rates resolution was another first – with 11 pages condensed to seven due to the new simplified rating system adopted by Council in January.

The uniform annual general charge was set at $433.80 (gst incl) per separately used or inhabited part of a rating unit.

Council reviews its Long-Term Plan every three years, and if in Year two of the Long-Term Plan there is any major deviation Council would be required to consult and make changes via the Annual Plan.

Mr Tipuna said this might occur given the government driven reforms.