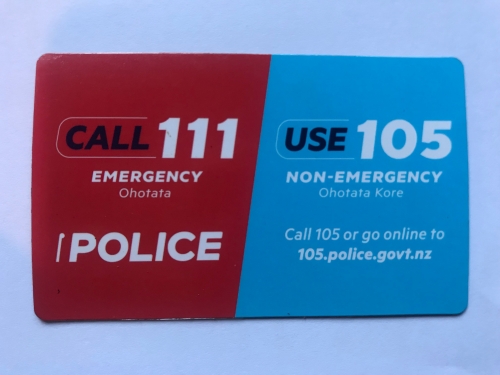 Mayor Craig Little is pleased to see that Wairoa Police numbers have been increased.

“Local people and visitors need to feel safe in the Wairoa community and for many seeing a person wearing a gang patch is intimidating,” said Mr Little

“The last thing we want is people feeling intimidated or bypassing Wairoa because of the increased gang member profile.

“We had raised community concerns with Wairoa Police senior sergeant Tony Bates and felt we had an obligation to pass on the many comments that members of the community have been raising with us.”

“While Policing is not a Council role, we cannot have people feeling unsafe.

“It was encouraging to see an increased Police presence so quickly after we raised our concerns, and I understand the extra officers will be focussing on crime and gangs.

“This is a whole community problem; everyone has a responsibility to keep our community safe.

“I urge anyone with information around gangs, methamphetamine usage, production or distribution or any other crime to phone the new 105 non-emergency number, or phone me in confidence.

“I know we were promised a 24/7 Police Station and I understand it is the difficulty in recruiting staff to Wairoa that has prevented that from happening.

“Personally, I think there needs to be incentives to attract staff, from Police to health and education workers, to ensure the Wairoa community has the same level of service as the rest of the country.

“I also believe this Government needs to review the judicial system, as time and time again, we see no conviction, despite all the hard work the Police have put in.

“People who break the law need consequences for their actions.”

Mr Little is supporting the Hawke’s Bay Mayors’ campaign to address the rise in gang population and increased drug issues across the region.

“As we know, gang and drug issues are not just limited to Wairoa and never have been. We are stronger working together, and we look forward to a further meeting with our local MP Stuart Nash to raise our concerns and develop an action plan.”

“Mr Nash is our police minister, but he cannot interfere with police operations, and that is why we are raising our concerns with him as our local MP, not as the Minister of Police.”