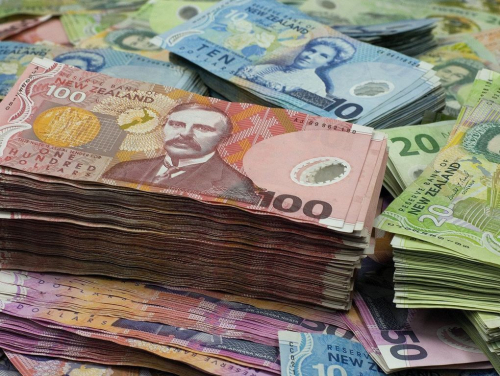 While the Waka Kotahi NZ Transport Agency Board had confirmed the 95% funding, which equates to around $26 million, a letter just before Christmas from Board chairman Sir Brian Roche said the Board was not in a position to consider a FAR of 100%.

Mr Little said unfortunately, this leaves our community in the difficult position of being 5% short on the required funding, which equates to around $1.4 million, and falls back on Council and ratepayers.

“Our concern is the impact the lack of funding could have on the long-term sustainability of the Wairoa roading network and the people who drive on it. We will do everything we can within our financial constraints to mitigate risks, but this situation is a concern.

“We have a terrific working relationship with Waka Kotahi, but I can’t see how we can achieve their Road to Zero goal, of zero deaths and serious injuries on New Zealand roads, if we can’t afford to reinstate our roading network.

“Wairoa’s 95% emergency works FAR is in recognition of our vast geographical area and challenges, our small rating base, our deprivation and lack of ability to pay. We remain appreciative of the 95% funding commitment, but for a small Council like ours to find that additional 5% is almost impossible. Without additional funding our options are, significant rates increases, borrowing more money or cutting the roading budget and none of these options are sustainable or what we want.

“We will be going back to Waka Kotahi to see if there is any room for movement, even if it is not the full 5%, and, depending on how further discussions go, as a Council we will need to make decisions on how we are going to manage this situation as we move forward.

“Waka Kotahi staff have seen first-hand the extensive damage that occurred and acknowledges that Wairoa has one of the most challenging roading networks in New Zealand with 871 km of roading and 561km of this unsealed. We only have to look to what happened in Tairawhiti last week, as a clear reminder that this type of damage will keep on occurring and we need central, regional and local planning around how to fund the reinstatement.

“Mr Roche’s letter to us stated that, ‘The ongoing scale of emergency works from severe weather events is putting significant pressure on the Local Road Maintenance Activity Classes. Following the Board’s review, the investment target for this activity class has remained constant, and therefore we are currently managing this within the existing budgets.’

“This type of decision is not dissimilar to Three Waters where there is simply not enough funding given to local authorities to do the job. My hope is that Central Government recognises the impact these weather events have had on our country and financially supports local authorities to reinstate their weather damaged roading networks.

“Locally, we have identified and prioritised key sites across Wairoa’s roading network with design plans completed and repairs underway. The repair work is expected to take place over the next three years and includes the repair to the Te Reinga Bridge, along with hundreds of slips and nearly 100 dropouts.”