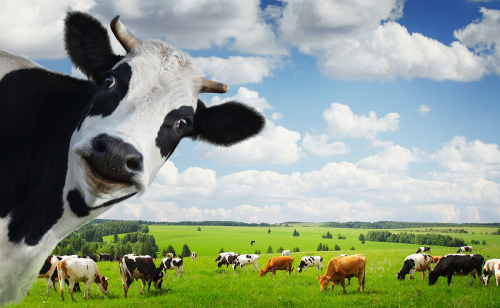 Wairoa District Council has come out strongly in protection of its communities in its submission to the Government’s Pricing Agriculture Emissions Proposal.

The Council opposes the proposal in its entirety, saying it is in direct contravention to the wellbeing of the district of Wairoa, and does not support thriving sustainable communities locally, regionally, and nationally.

Council has asked the Government to halt the proposal in its current format, and instead adopt a practical science-based approach, rather than a political-based approach, and not neglect meaningful engagement with its communities in order to greenwash on an international platform.

Wairoa Mayor Craig Little acknowledges Climate Change is an important issue, but says the proposed actions are inappropriate, rushed and predetermined and will disproportionately affect the isolated rural communities of the Wairoa district.

“Engagement to date has demonstrated that communities such as Wairoa have been overlooked and ignore the current and future needs of our communities which set the stage for a future of further grievances.

“The technical focus of the proposal neglects to consider the impacts on communities and wellbeing. Historically Wairoa has been marginalised by government policy decisions, often due to “unintended consequences”, that have occurred through a lack of understanding of communities outside of the dominant paradigm.

“Under this proposal the impacts for Wairoa are astronomical. To make changes of such consequence without detailing any support policies or intervention, demonstrates a complete disregard for the Government’s duty of care to its rural communities.

“Wairoa’s largest employer is the Affco meat processing plant, any reduction in stock will be a loss in productivity for the Wairoa plant, or in the worst-case scenario, a plant closure, would be an absolute death-knell for our community. These are the type of effects, along with other rural trickledown services, that need to be considered when decision-making, rather than viewing the environmental impacts in isolation.”

“‘He Waka Eke Noa’ is a partnership to reduce primary sector emissions and translates to ‘a waka we are all in together’. Unfortunately, this government is choosing not to take our Wairoa district, with its 69% Māori population, along for the ride.”

In its submission, Wairoa District Council urges the Government to undertake a pilot with a range of farms nationally to test the assumptions that underpin the proposal.

“The proposal needs to be considered from a wider perspective and an interagency framework applied to consider the social and economic ripple effect on communities.

“There also needs to be equal recognition for the on-farm practices that contribute to mitigating climate change, including all sequestration that happens on-farm. Areas of pre- or post-1990 native vegetation, scattered forest, perennial cropland, shelter belts, and riparian plantings on-farm all contribute to the sequestering of carbon and should be included.”

The submission further states the future price should be set by the Minister on the advice of an independent oversight board appointed by all He Waka Eke Noa partners. Any price setting and targets should be science-based and not political.

The scheme should not collect a surplus as the Government proposal currently does. Any levy revenue must be ringfenced and only used for the administration of the system, investment in research and development, or go back to farmers as incentives.

The submission urged the government to invest further into research and development to create sustainable farming practices and does not support linking the nitrous oxide price to the carbon price in the Emission Trading Scheme (ETS).

The backbone of Wairoa’s economy remains land-based, considerably in contrast to New Zealand as a whole; Key industries are Agriculture and Forestry, and Primary production. 60% of the total land use is productive, with 48% cleared for pasture. Any change in agricultural production could have far reaching implications for the region.

“In the last five years, Wairoa District Council, alongside our community and iwi, have pushed for consideration of our unique dynamics and demographics. This has been met with positive feedback, and a transition away from a deficit approach to considering Wairoa, to understanding the strengths and opportunities in small towns. It is disappointing that this understanding has been recognised by some factions of government, and yet largely overlooked through the Pricing Agriculture Emissions Proposal.

“Some communities will be devastated by the introduction of pricing agricultural emissions, and yet I have seen no evidence of strong policy response or interventions to mitigate the harms that will be experienced. Relying on offsetting impacts associated with alternative land uses, and the hope that remaining sheep and beef exports will attract premium prices on world markets, is unlikely to secure a just transition for the affected communities.”

In its submission Council stated the Paris Agreement acknowledges, (parties should) …“when taking action to address climate change, respect, promote and consider their respective obligations on human rights, the right to health, the rights of Indigenous peoples, local communities, migrants, children, persons with disabilities and people in vulnerable situations and the right to development, as well as gender equality, empowerment of women and intergenerational equity.”

Mr Little said he has not seen evidence of this.

“Council’s must consider economic, social, cultural and environmental wellbeing. Yet, this emissions proposal will wipe Wairoa’s current and future long-term economic viability and wellbeing – any strain on farms directly impacts on the rest of our district due to trickledown economics and Wairoa’s dependency on primary industries.

“This could create unemployed and displaced people within the district. From a social perspective, this proposal already has our whānau feeling marginalised and in fear for their livelihoods. Under this approach, our farms, many under Māori ownership, are being disregarded. History demonstrates that the implementation of this type of policy will be detrimental, and it is imprudent to undertake a systemic dismantling of rural communities that contribute significantly to the nation’s GDP.”

Council further submitted that the poorly notified consultation period of 11 October – 18 November disadvantaged local government and the agriculture sector by spanning a new Council and one of the busiest times on the agricultural working calendar.

“This further demonstrates the government’s detachment from the realities of rural communities.”

“For years our community has expressed concerns regarding the increase in regulatory frameworks for agriculture, and the increase in the presence of forestry in the district.  This community voice was further demonstrated in a meeting on Monday, 31 October, where more than 250 members of the community gathered to express their concerns. Ministers Stuart Nash and Meka Whaitiri both attended this meeting, and we ask that the feedback from the community, and the fear, distress and emotion that was clearly demonstrated, be considered as a small indicator of the monumental impacts.

“No one has missed the irony that we have a government that tells us how important it is to look after our mental health and wellbeing yet continues to increase legislative and compliance requirements and demands on our rural population which only increases stress levels unnecessarily and inequitably.”

Wairoa District Council acknowledges the uncertainty that this type of political landscape can create, and the associated stress it can bring especially on the back of the COVID-19 pandemic and the heavy weather events that were experienced by many throughout the district. We encourage our communities to hang in there and look after each other. If you need support, please reach out to an agency such as rural support trust. We encourage you to also attend your rural community hubs and attend local events.